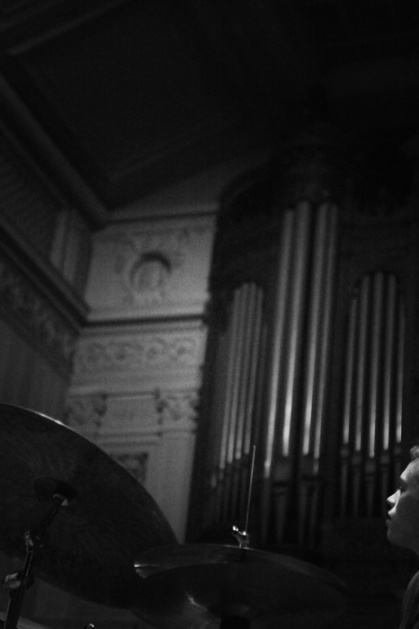 Lander Gyselinck has transformed from an emerging young talent to an established and respected name on the Belgian jazz and improvisation scene in a relatively short space of time. He derives his inspiration, not only behind the drums but also as a composer for his own bands LABtrio and STUFF., from contemporary electronic music. His inventive and exploratory drumming style has accorded him a broad and individual sound palette that is appreciated by a wide range of musical fields. This means he thrives in very diverse artistic environments ranging from jazz, contemporary electronics to experimental improvised music. He is a member of the Kris Defoort Trio, Jazz Plays Europe 2010 and Network of Stoppages. In 2010 he won the Toots Thielemans Jazz Award and in 2012 he received the SABAM Youth and Music Award at the Ghent Jazz Festival. Lander currently lives in New York.